Laroya, the Beautiful and Mysterious Environment 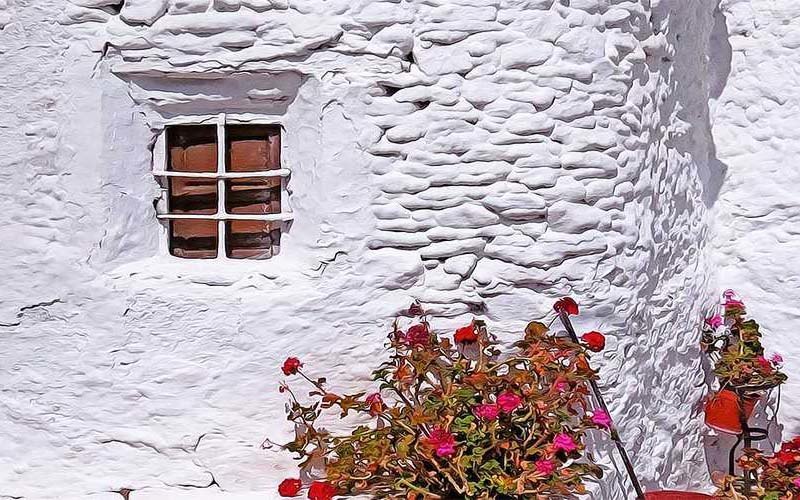 Laroya is the charming and mysterious village of 85 inhabitants that welcomes in its entrails the Picachico Rural Houses, it possesses a municipal term of beautiful places. It has a 16th century Mudejar church whose history alone defines the location of the village since, due to the difficulty of transporting materials from the valley along steep roads and cliffs, a tile was made next to the river where bricks could be made. Our cottages and Laroya will cast a spell on you.

The streets of Laroya, together with its landscape, are in themselves monuments of the locality for their beauty and Moorish splendour.

It has an average of 319 sunny days, 319 starry nights a year. Enjoy warm summers with cool nights and winters with some snow.

Laroya was news a few decades ago due to a curious natural phenomenon that has not been reproduced again, but that could not be clarified by the scholars and informers who came to contemplate it, some strange fires that, in the place of Fuente el Saz, arose at random, spontaneously, and that came to burn the harvested harvest, part of the crops and even the clothes and work tools of some of the curious people it attracted. An extraordinary mystery that still remains in that place of unclarified phenomena.

You can find out more about which cookies we are using or switch them off in settings.

This website uses cookies so that we can provide you with the best user experience possible. Cookie information is stored in your browser and performs functions such as recognising you when you return to our website and helping our team to understand which sections of the website you find most interesting and useful.

Strictly Necessary Cookie should be enabled at all times so that we can save your preferences for cookie settings.

If you disable this cookie, we will not be able to save your preferences. This means that every time you visit this website you will need to enable or disable cookies again.

This website uses Google Analytics to collect anonymous information such as the number of visitors to the site, and the most popular pages.

Please enable Strictly Necessary Cookies first so that we can save your preferences!